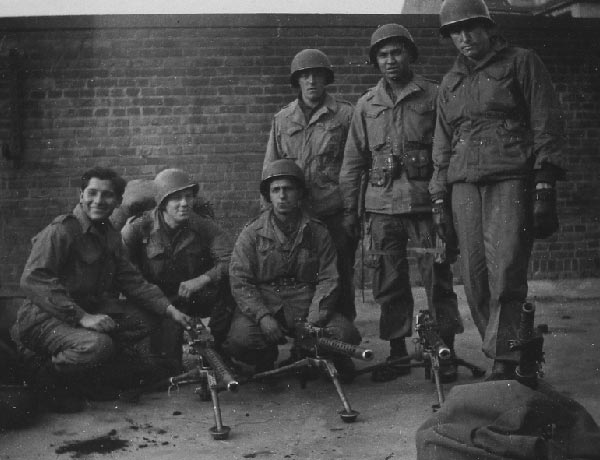 At the same time, 82nd personnel also were used in the formation of a second airborne unit – the “Screaming Eagles” of the 101st Airborne Division.

At Fort Bragg, the All Americans trained vigorously. These pioneering paratroopers stood up, hooked up and leaped from C-47 transport planes while the gliderborne troops were at work in the 15-man WACO-CG4A gliders – towed by the transport planes

In the spring of 1943, the 82nd All Americans became the first airborne division sent overseas. They left via troop ships from New England and landed in Casablanca, North Africa on May 10, 1943. From there, they moved by rail to Oujda and then by truck to Kairouan, Tunisia. That would be their departure point for the Division’s first combat drop – the invasion of Sicily.

Sicily – Operation Husky
Colonel James Gavin’s 505th Parachute Infantry Regiment (PIR) and the 3rd Battalion of the 504th PIR parachuted to take the high ground near Ponte Olivo airfield northeast of Gela, Sicily on July 9,1943. Despite the wide scattering of the assault, the objectives were seized and the units linked up with the 1st Infantry Division the next day.

On July 11, 1943, the remaining Battalions of the 504th PIR were dropped in the vicinity of Gela with heavy losses from both the German and Allied (friendly fire) antiaircraft fire. Despite the heavy losses the division was moved up to the front by motor and reinforced by the 39th Infantry Regiment of the 9th Infantry Division on July 12, 1943. The crossings of Fiume delle Canno were secured on July 18, 1943 and the division pushed along the coastal highway, seizing the Marsala-Trapani area of Sicily’s western coast by July 23rd.

Salerno – The Oil Drum Drop
The Division’s second combat operation was a night parachute drop onto the Salerno beachhead on September 13, 1943 in support of General Mark Clark’s 5th Army which was in danger of being pushed back into the sea.

The 504th PIR was parachuted south of the Sele River near Salerno on September 13, 1943. In order to guide the C-47 pilots to the shrinking dropzone, oil drums filled with gasoline soaked sand were ignited every 50 yards when signaled. 1300 troopers landed that night infusing a new sense of confidence to the beleaguered soldiers of the 5th Army. The 505th PIR was dropped the following night near the same dropzone to reinforce the air assault. On September 15th the 325th Glider Infantry Regiment (GIR) was brought into the beachhead amphibiously to join the rest of the division.

Once the beachhead was secured, the 504th PIR & the 376th PFAB began an attack to recover Altavilla on September 16, 1943 and the division fought towards Naples which it reached on October 1, 1943 and moved in to the next day for security duty.

“Leg Infantry”
After Naples, the 504th PIR & the 376th PFAB were detached from the 82nd Airborne temporarily and fought as “leg infantry” through the hills of southern Italy as part of the 36th Infantry Division. On October 29th they capture Gallo. They then battled in the Winter Line commencing with attacks up Hill 687 on December 15th, 1943.

On 9 December 1943 Colonel Gavin was promoted to Brigadier General and assumed the duties of the Assistant Division Commander of the 82nd Airborne while Lt Col Herbert Batchellor assumed command of the 505th. During the early months of 1944, units of the Division were moved to England as the allies were preparing for the assault on Western Europe. The 505th PIR again changed commanders on 22 March 1944 when Lt Col William Ekman assumed command. He would lead the 505th through the remainder of the war.

Anzio – Operation Shingle
On January 22nd &23rd 1944, the 504th PIR, landed on the beach at Anzio and participated in heavy combat along the Mussolini Canal. It was their fierce fighting during this defensive engagement that earned the 504th PIR the nickname “Devils in Baggy Pants.” The nickname was taken from an entry made in a German officer’s diary.

D-Day – Operation Neptune
While the 504th was detached, the remainder of the 82nd was pulled out of Italy in December 1943 and moved to the United Kingdom to prepare for the liberation of Europe. With two combat jumps under its belt, the 82nd Airborne Division was now ready for the most ambitious airborne operation of the war, Operation Neptune -the airborne invasion of Normandy. The operation was part of Operation OVERLORD, the amphibious assault on the northern coast of Nazi-occupied France.

In preparation for the operation, the division was reorganized. Two new parachute infantry regiments, the 507th and the 508th, joined the division. However, due to its depleted state following the fighting in Italy, the 504th Parachute Infantry Regiment did not take part in the invasion.

On June 5-6, 1944, the paratroopers of the 82nd’s three parachute infantry regiments and reinforced glider infantry regiment boarded hundreds of transport planes and gliders and, began the largest airborne assault in history. They were among the first soldiers to fight in Normandy, France.

The division dropped behind Utah Beach, Normandy, France between Ste Mere-Eglise and Carentan on June 6th, 1944. They were reinforced by the 325th GIR the next day. The division remained under strong German pressure along the Merderit River. Eventually, the 325th GIR crossed the river to secure a bridgehead at La Fiere on June 9th. It was during this action that Pfc Charles N. DeGlopper single-handedly defended his platoon’s position and subsequently was awarded the Medal of Honor for his heroism.

The next day the 505th PIR captured Montebourg Station and on June 12th the 508th PIR crossed the Douve at Beuzeville-la-Bastille and reached Baupt. They established a bridgehead at Pont l’Abbe on June 19th. The division then attacked down the west coast of the Cotentin Peninsula and captured Hill 131 on July 3rd. The following day the 82nd seized Hill 95 overlooking La Haye-du-Puits.

By the time the All-American Division was pulled back to England on July 13, 1944, it had seen 33 days of bloody combat and suffered 5,245 paratroopers killed, wounded or missing. The Division’s post battle report read, “…33 days of action without relief, without replacements. Every mission accomplished. No ground gained was ever relinquished.”

Operation Market Garden
In September, the 82nd began planning for Operation Market Garden in Holland. The operation called for three-plus airborne divisions to seize and hold key bridges and roads deep behind German lines. The 504th now back at full strength rejoined the 82nd, while the 507th went to the 17th Airborne Division.

On September 17, the 82nd Airborne Division conducted its fourth combat jump of World War II into Holland. Fighting off ferocious German counterattacks, the 82nd captured the Maas Bridge at Grave, the Maas-Waal Canal Bridge at Heumen and the Nijmegen-Groesbeek Ridge. The next day attempts to take Nijmegen Highway Bridge failed.

On 20 September the 504th carried out an heroic assault crossing the Waal. With artillery support the first wave of the 504th assaulted, in twenty-six assault boats, under intense fire, taking 200 casualties in the process. Finally on D+4 the 504th finally secured their hold on the bridge, fighting off another German counterattack just before noon.

It was in this skirmish that Pvt. John Towle won the Medal of Honor. Its success, however, was short-lived because of the defeat of other Allied units at Arnhem. The gateway to Germany would not open in September 1944, and the 82nd was ordered back to France.

Battle of the Bulge – The Ardennes Offensive
Suddenly, on December 16, 1944, the Germans launched a surprise offensive through the Ardennes Forest which caught the Allies completely by surprise. The 82nd moved into action on December 17th in reponse to the German’s Ardennes Counteroffensive and blunted General Von Runstedt’s (picture left) northern penetration in the American lines. On December 20th the 82nd attacked in the Vielsalm-St. Vith region and the 504th PIR took Monceau. This fiece attack forced the German units back across the Ambleve River the next day.

However, further German assaults along the Salm hit the 505th PIR in the Trois Ponts area on December 22nd and by December 24th the division lost Manhay. On December 25th, 1944 the division withdrew from the Vielsalm salient then attacked northeast of Bra on December 27th reaching Salm by January 4th, 1945.

On January 7th the 508th PIR Red Devil’s launched an attack with the 504th in the vicinity of Thier-du-Mont where it suffered heavy casualties. The 508th was then withdrawn from the line and placed in reserve until January 21st when it replaced elements of the 2d Infantry Division.

Occupation
Following the surrender of Germany, the 82nd was ordered to Berlin for occupation duty. In Berlin General George Patton was so impressed with the 82nd’s honor guard he said, “In all my years in the Army and all the honor guards I have ever seen, the 82nd’s honor guard is undoubtedly the best.” Hence the “All-Americans” became known as “America’s Guard of Honor.”

The 82nd returned to the United States January 3, 1946. Instead of being demobilized, the 82nd made its permanent home at Fort Bragg, North Carolina and was designated a regular Army division on November 15, 1948. 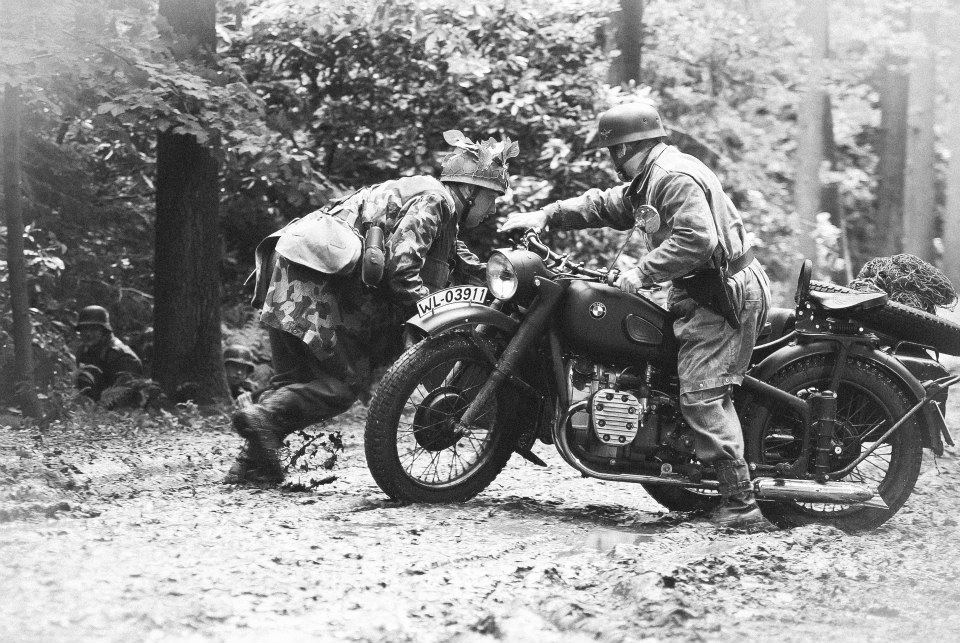 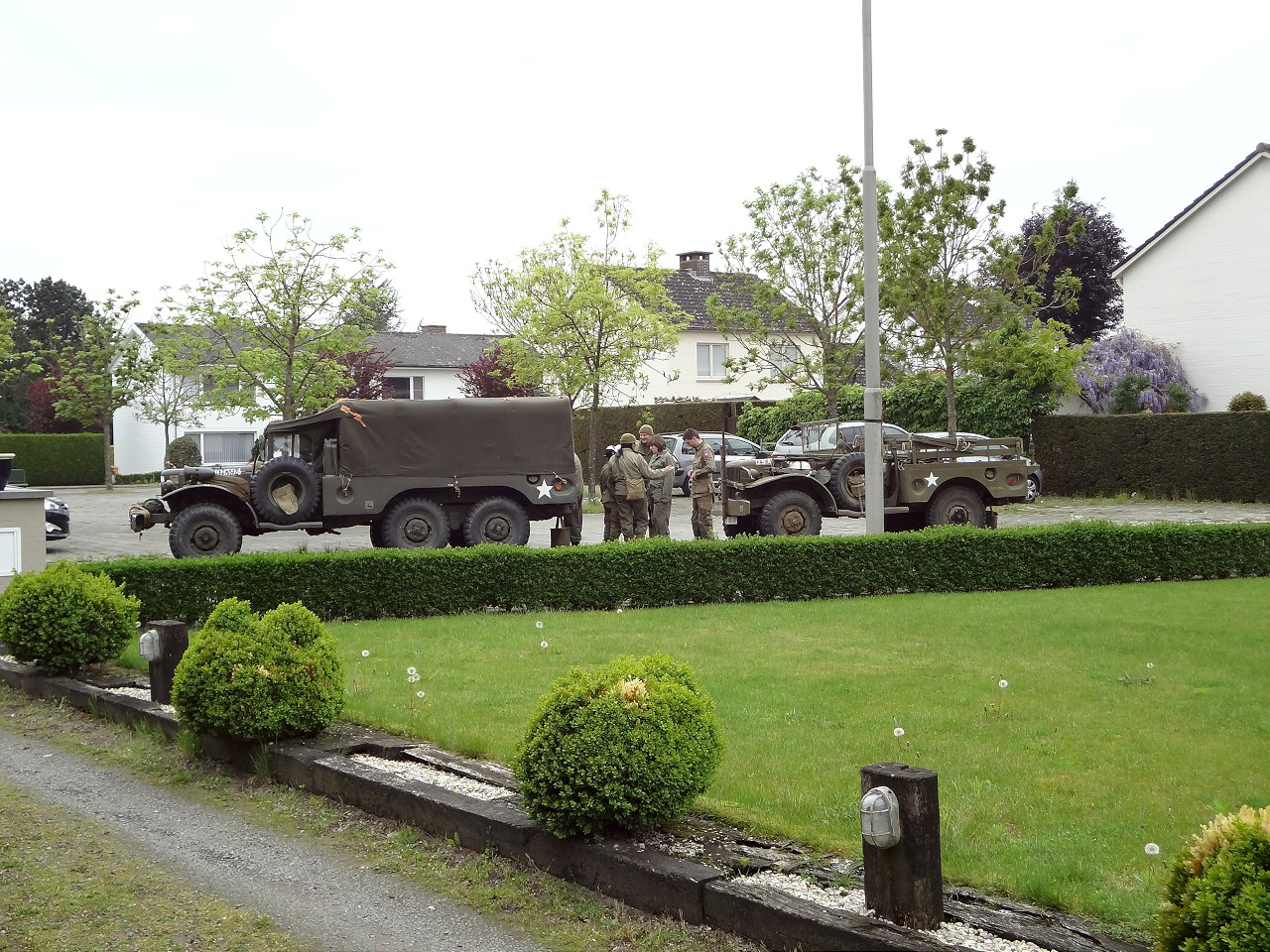 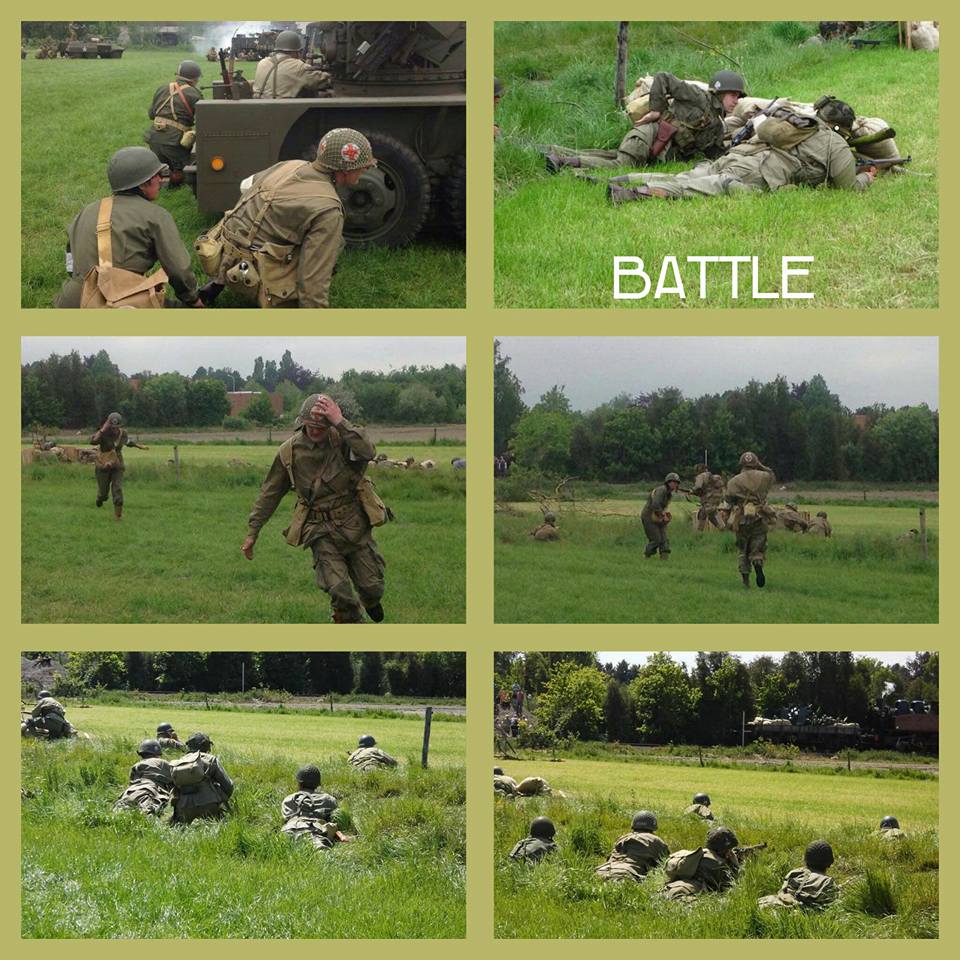 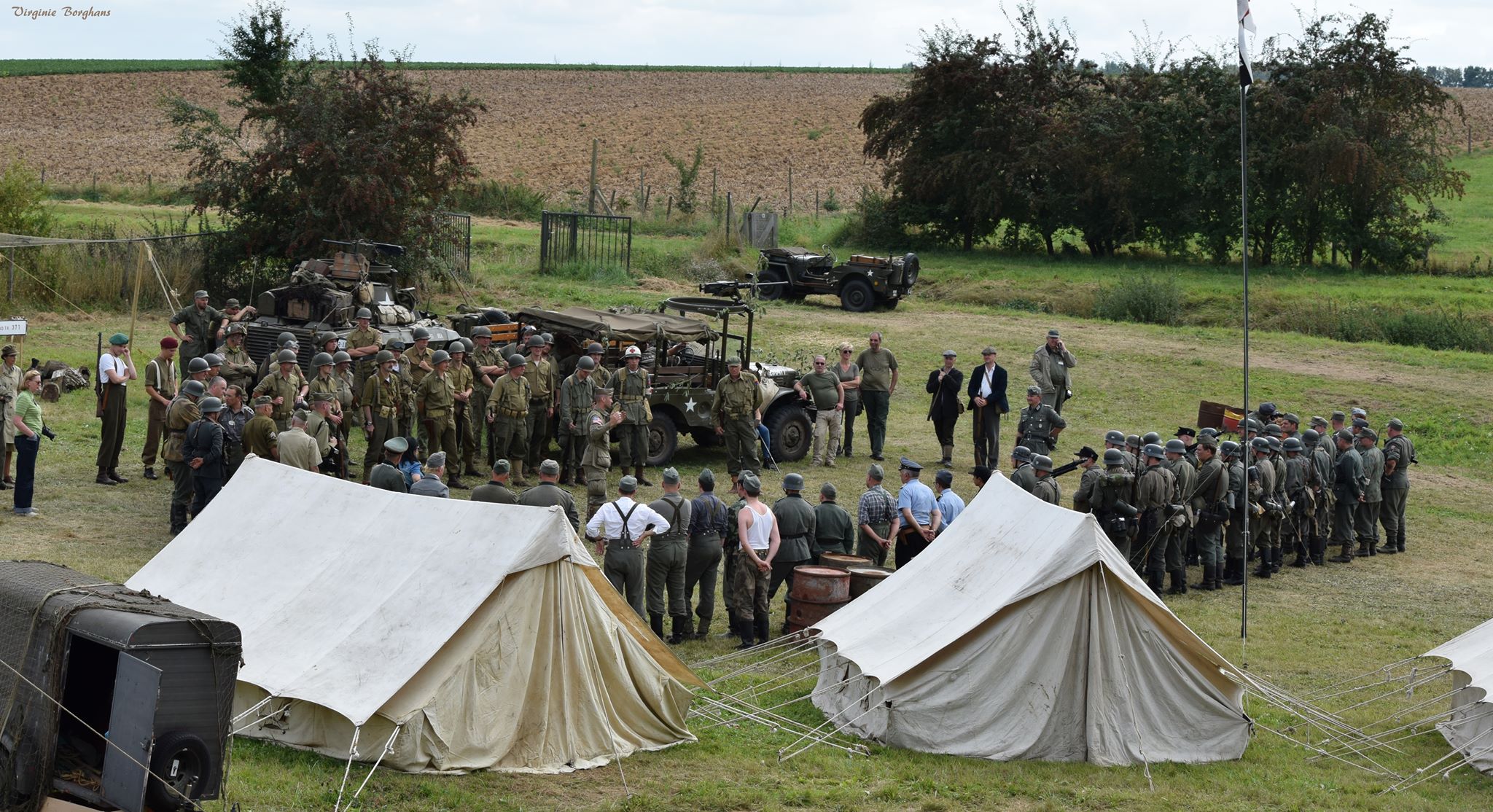 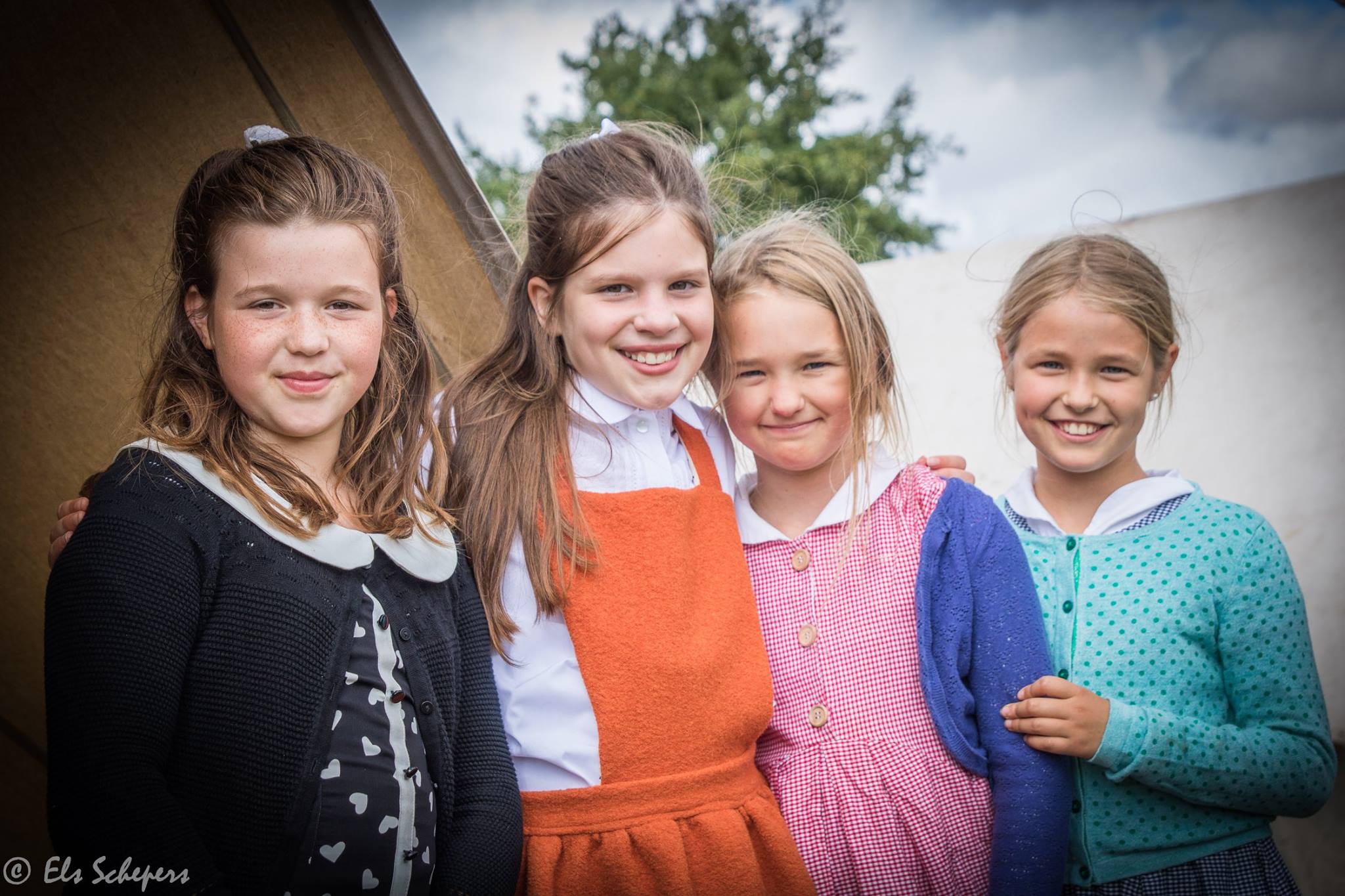 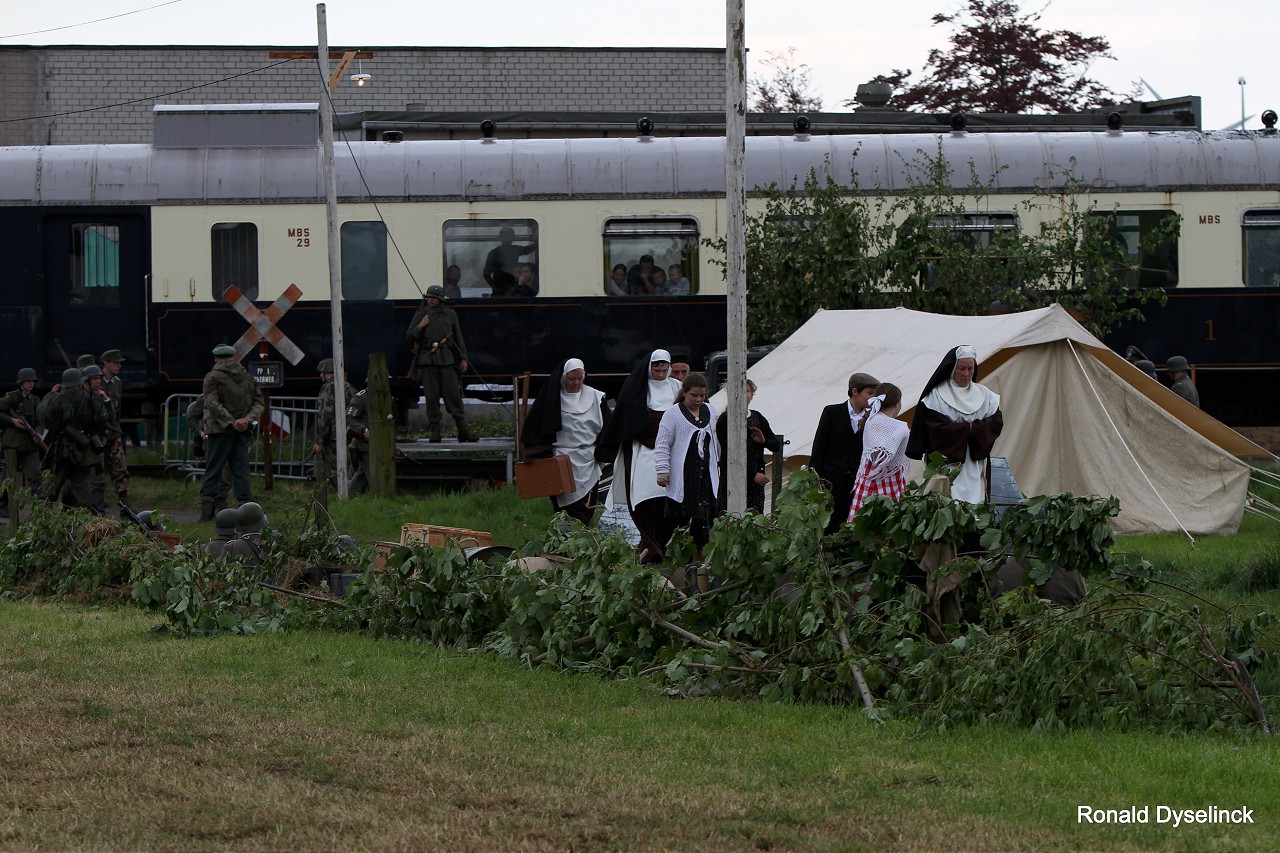 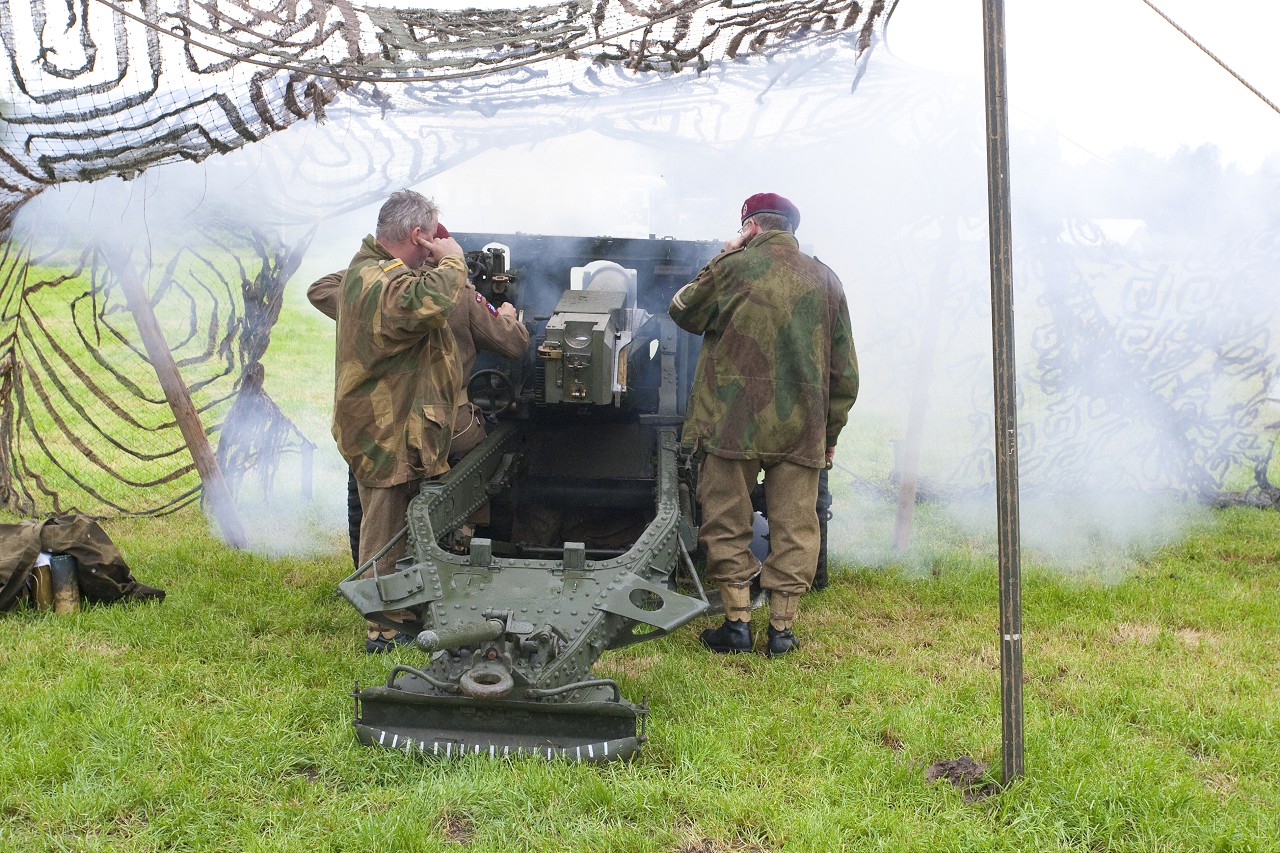 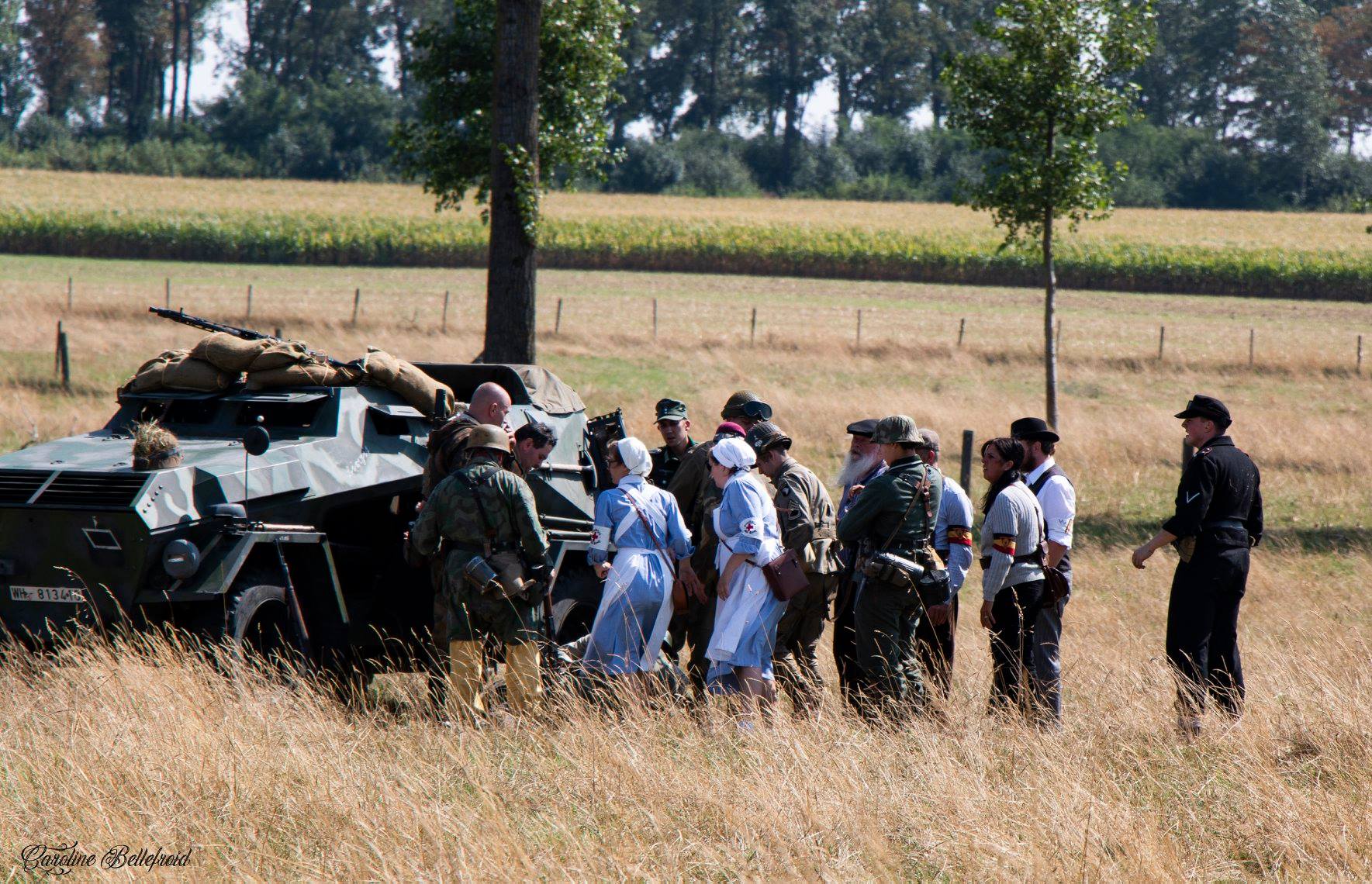 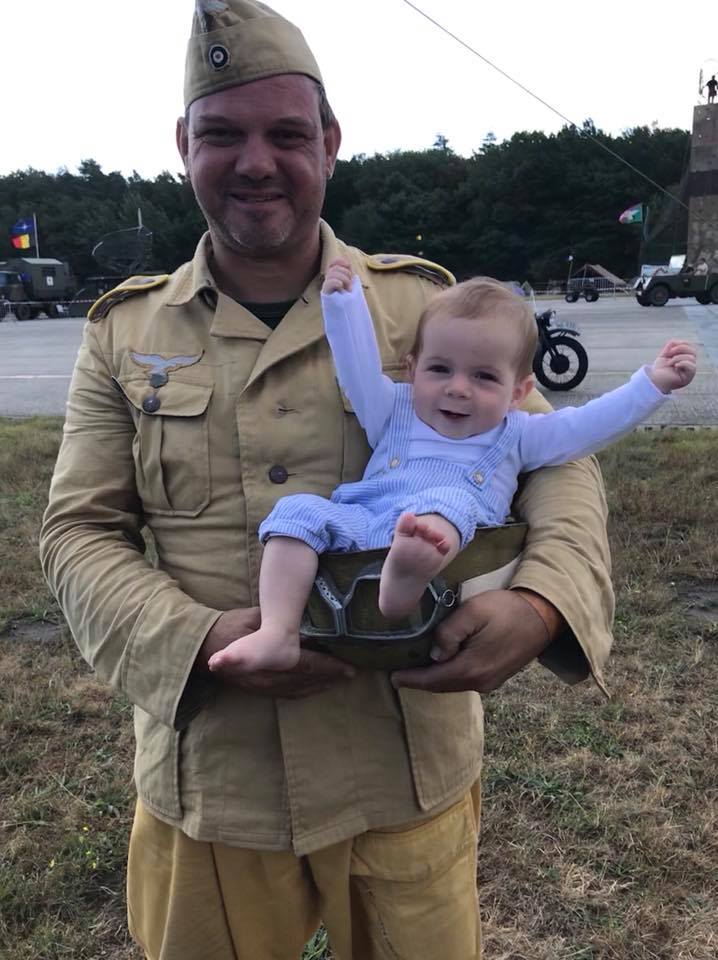